The Cambodian Finance Ministry this week reported that the Kingdom has closed down online and arcade gambling operations in at least 91 casinos, mostly in Preah Sihanouk province’s Sihanoukville gambling hub. It comes as a result of pressure from China regarding what it regards as illegal gambling operations employing Chinese workers.

This has prompted many casinos to consider new opportunities in Manila, the Philippines, where President Duterte said yesterday that China has provided assurances not to meddle with the Philippines policy on offshore gaming operations. 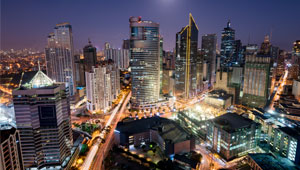 “We believe that more casinos will cease their businesses,” he commented, but added that despite casino closures, it will not seriously impact the Kingdom’s economy and employment.

The ban and subsequent closures mean many affected businesses are already relocated to the Philippines, as Manila fast becomes the leading hub for iGaming operations in Asia.

Beijing ‘understands’ Manila’s law enforcement system, Duterte told ABS-CBN News. The Philippines has the ‘prerogative to do what you want to enforce the law,’ Duterte quoted the Chinese envoy as saying. ‘In fairness to the Chinese government, they understand,’ he added.

SiGMA Group founder and CEO, Eman Pulis, welcomed the news as a necessary shift to focus opportunities in the growing Philippines business hub for both online and land-based gambling companies.

“Many of the gaming companies in Cambodia have now relocated to Manila,” he commented. “The city is becoming the hub for iGaming in Asia and justifies our expansion east for the inaugural SiGMA Manila super show, taking place June 8th to 9th this year. It is likely that several gaming companies, not only ones from Cambodia, but also from the West, will find that the Philippines is the ideal place to set up shop in Asia and target Asian countries.”