The mastermind behind Evoplay Entertainment’s development of the industry’s first 3D / VR slots for the mass market, Kravchuk holds over a decade of senior management and creative design experience.

Key to Evoplay Entertainment’s rapid growth since its founding in 2017, Kravchuk has served as Creative Director of the company since day one; overseeing art direction, idea generation and game development for the company’s revolutionary gaming content.

His new position will see him further strengthening the production process for Evoplay Entertainment’s revolutionary games portfolio, as well as guiding the company through its latest new market entries and operator debuts. 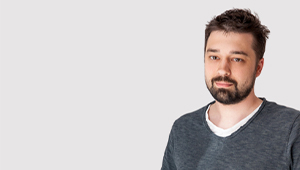 Commenting on his appointment, Ivan Kravchuk, CEO at Evoplay Entertainment said: “Stepping up to lead the company I have been part of since day one is a dream come true. I’m incredibly proud to be guiding one of the industry’s most dynamic, agile and enterprising suppliers through its next chapter of development.

“Having already claimed a host of industry accolades and ground-breaking technological advancements with my team here, I can promise our innovation-packed portfolio is only just getting started as we gear up to deliver another record-breaking year.”

Prior to the success enjoyed by Evoplay Entertainment’s titles in 2019, including a string of award nominations for its revolutionary in-game tech, the popular studio rose to prominence in 2018 with the industry’s first mass-market 3D / VR slot, Necromancer.