The result of over a year’s research and development, Dungeon: Immortal Evil harnesses the latest in 3D gaming technology to offer players the first ever slot-based third-person hack and slash adventure.

Designed to be truly HTML5 mobile-perfect for handheld gaming, it is unique in its slot-based gameplay. Rather than facing regular pay symbols and pay patterns, the game’s mechanics will be familiar to players of RPGs – following the player’s avatar throughout as he battles with the game’s monsters and accumulates loot when victorious.

Tracked by a third-person 3D camera that follows the hero’s adventure throughout the game’s many different levels, every spin is a new journey through a different level with a random number of enemies and a mystery loot-based outcome for each win. Each victory awards players with loot divided by rarity: common, magic, rare, epic or legendary: convertible into an instant money outcome.

Despite the RPG elements and immersive gameplay, Dungeon: Immortal Evil stays true to its slots-based origins – all wins and losses are RNG-based, no skills or knowledge can help – it all comes down to the luck of the spin and the RNG algorithm.

In place of free spins, and to unlock bonus achievements, players must battle their way through a number of Dungeon spaces, fighting with enemies who protect the final level’s boss. After entering the portal into the Dungeon players must bravely vanquish a series of opponents culminating in a showdown with the final Boss, where a bet multiplier of up to 5000x can be won. 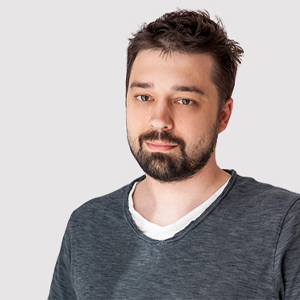 Every bonus level has an RNG determined reward, equal to money. Once a player is victorious, a chest appears which contains a random selection of a weapon, armour upgrade or health potion.

Commenting on the launch of the industry’s first ever RPG slot, Ivan Kravchuk, CEO of Evoplay Entertainment, said:

“At Evoplay Entertainment we’re always looking to push the boundaries of what’s possible when it comes to gaming. The result of over a year’s dedication from our fantastic team, Dungeon: Immortal Evil is designed for the next generation of player who values an immersive experience beyond the typical ‘spin and win’.

“As the industry’s first RPG (think first-person adventure) slot, we’ve had to start from scratch when it comes to building it from the ground up. Everything from design to the game’s mechanics – it has literally been a labour of love for us to create something that can be called truly new in the industry, and we can’t wait to see what our players make of it.”

Having gone from strength-to-strength since, Evoplay Entertainment now boasts a 70+ strong portfolio of slots, table, and instant games. The developer plans to cement its innovative reputation further by continuing to unveil some of the industry’s most advanced slots at headline events throughout the year.