Horse Racing income in Brazil plummets after the pandemic

An 80% drop in revenue income has been reported at the Jockey Club of Rio Grande do Sul, after the three past months of the pandemic expansion

All racing activities were suspended by the Hipódromo del Cristal in Porto Alegre, from March 19 to the beginning of May, and the results have suffered the consequences. 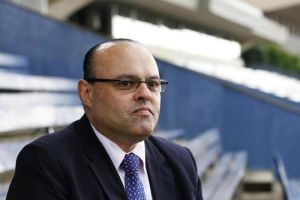 José Vecchio Filho, the President of the Jockey Club, explained that the vast majority of the decline experienced by the club has been due to traditional, older bettors, who haven’t been able to bet the way they were used to.

José Vecchio Filho, the President of the Jockey Club, explained that the vast majority of the decline experienced by the club has been due to traditional, older bettors, who haven’t been able to bet the way they were used to, after the club scheduled less races, which have been taking place every two weeks, and betting could only be done online.

The president also explained that with the new sanitary protocols, people are unable to attend the events, leading to a fall in interest in the sport, as most of its spectators value the experience of going to the tracks as one of the main attractions of it.

Vecchio Filho mentioned in an interview by Games Magazine Brasil “Our revenues have plummeted. We don’t have the usual flow of people that we used to and the physical agencies that offer betting, either. And our experience in the online gambling world is new as well. In 10 years, we may get used to it, when land-based shops don’t exist anymore. However, this is a slow process,”.

Operators from the Club have stated no cutting or layoff of jobs will be done during the troubling times, as the government has helped suspending tax payments. However, The Rio Grande do Sul Jockey Club, with its 110 employees (of which 70 are permanently trained, 40 only participating on race days), as well as all the sports sector, are still concerned about the future of the industry.

Vecchio Filho explained about the reopening “Without income, our alternative is to immediately pay only the professionals (trainers and riders), assume the operating expenses (television, employees, etc.) and credit the prizes in the owners’ accounts, postponing the payment as soon as our betting agencies start operating again.”

SiGMA’s biggest iGathering is back with a bang! The networking event at Montekristo will host the iGaming & Emerging Tech community for a ‘post-pandemic’ conversation as SiGMA launches its new calendar! The event is exclusive for 500 people only and if you would like to be part of it, please email Emily.