How to boost Brazil’s economy by legalising gambling

The discussion about legalising gambling in Brazil picked up speed again. Suffering from the corona virus and its implications the gaming industry offers a huge opportunity for the economy to recover. Economy Minister Paulo Guedes stated his endorsement, supported by Tourism Minister Marcelo Álvares Antonio and Nelsi “Vermelho” Coguetto Maria, congressman and chairman of the lower house committee for legalised gambling.

Gambling in Brazil has the potential to be one of the biggest markets of the world. Since land-based gambling is forbidden the illegal gambling grows, especially since the corona virus restricted citizens to leave Brazil. Around 200,000 inhabitants have left the country every month spending their holiday in gambling legal countries. 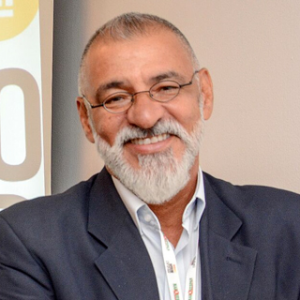 Magnho Jose believes that by legalising gambling Brazil will strengthen the economy, generate employment, and fight against poor labor conditions, the illegal market, and money laundering.

By legalising gambling the Brazilian market offers the opportunity not only for citizen to spend their money on their own economy but also to increase the tourism sector. In addition, opening the market means a huge amount of new jobs will be created. Magnho Jose, president of the Brazilian Institute for Legal Gaming, described it as follows: “It is time the government legalised gambling to strengthen the economy, generate employment, and fight against poor labor conditions, the illegal market, and money laundering. It is worth noting that before the pandemic, Brazil’s unemployment toll was 12 million.”

Regarding problem gamblers he added: “If Brazil legalises this industry, the government will be able to establish public policy aimed at treating these gamblers and adopt measures to protect citizens from the potential negative effects of illegal gambling.”

The first step towards legalising was made in November 2018 by the approvement of sports betting, so called ‘fixed odds betting’. Within the last two years lawmakers were asked to craft and set regulations, among others how to grant licences to private operators. The biggest aim is it to attract national and foreign investors.

In order to do so the Brazilian Board of the Investment Partnerships Program (CPPI) included sports betting during its meeting on the 10th June to the PPI program. President Jair Bolsonaro and Economy Minister Paulo Guedes were attending the meeting as well. Accelerating the privatisation process became especially important and is pushed forward by the federal government Martha Swiller, special secretary for the PPI of the Ministry of Economy (SECAP), said. At the press conference she mentioned: “We included in the [PPI] portfolio the lottery called ‘fixed-odds bets’, which is a sports lottery and will be structured so that we can have a concession. As the legislation states for these services, attracting private partners to Brazil to provide this sports lottery service and being able, in view of the existing regulations, to collect taxes and also contribute to this government’s fiscal effort in the context of these sports lotteries.”

To continue the progress the CPPI were designated to work cooperate with closely with the Brazilian development bank BNDES and the Secretariat for Evaluation, Planning, Energy and Lottery of the Ministry of Economy (SECAP/ME). The amendment of the presidential decree must be included in the PPI program, BNDES will take care about the execution and monitoring of the process and the SECAP shall coordinate the procedure and stage the progress.