KSA calls for a six month “cool off”

The Dutch government has released a General Administrative order with the objective of implementing the Remote Gaming Act that was approved one year ago.

Sander Dekker, Minister for Justice and Security, warned against these restrictions and said that they “could have an adverse impact on efforts to channel players towards legal offerings”. Despite that, the final decision was that online gambling operators who target Dutch gamblers will have to wait a six-month period before getting their licenses approved.

Kansspelautoriteit (KSA), the Dutch Gambling authority, will manage the applications  and will be in charge of deciding within this period of time whether the licenses are granted or not. 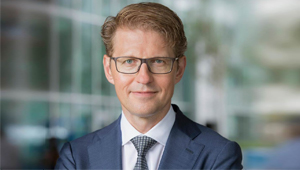 According to a survey carried out by the research organisation Sira Consulting, up to 68 operators should be able to get their permits this year, 41 of them being non-Dutch companies. The reports also says that around 25% of the license applications will be denied because they don’t meet the established criteria.

Initially the idea is for KSA to issue five year licenses, with an initial fee of €800,000, an extra €800,000 for each of the years they operate and a 29% tax on gaming revenue. These licenses will allow the companies to operate online sports betting, casino games, race betting and poker. Online lotteries will remain unavailable for private operators.

Even though the licensees won’t have to establish an office in the country if they already have presence on the EU, they will be required to “place a control database” in the Netherlands.

Advertising will also be affected. All gambling advertising between 6 AM and 9 PM will be prohibited with the exceptions of lotteries, that will be able to advertise after 7 PM. These will not include influencers or role models that may have a big reach among minors.