Number of visitors in Macau tumbled 94% in March

Increase of 35.8% compared to February of this year

The total number of visitors in Macau has significantly dropped by almost 93.7 percent tallying to 212, 311. 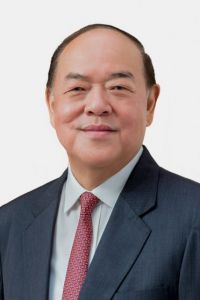 Macau Chief Executive, Ho Iat Seng, stated that once the COVID-19 pandemic is controlled, the city government will appeal to China for an increase in the number of cities covered by the IVS.

This is after Macau banned all travelers from overseas and imposed a strict 14-day quarantine for visitors from Mainland China due to the coronavirus pandemic.

While the total number of arrivals for March has significantly declined year-on-year, it still recorded a 35.8 percent increase compared to arrivals in February.

The statistics bureau stated that overnight visitors dropped by 92 percent while on-day visitors by 95.2 percent as compared to the same month last year. Visitors coming from Mainland China are recorded with a 96.3 percent decline and visitors travelling under the Individual Visit Scheme or IVS dropped to massive 99.4 percent.

Visitors coming from Hong Kong fell by 81.5 percent from previous year, and those coming from other major countries recorded a decline of more than 90 percent compared to 2019 records. Ferry services from Macau to Hong Kong were suspended since 24 February while bus services utilizing the Hong Kong-Zhuhai-Macau Bridge has been suspended last 07 April.

Restrictions have been implemented to contain the Covid-19 disease which includes temporary suspension of new exit visas under Mainland China’s IVS. Tourist groups are also suspended which saw a significant decrease on cross-border traffic between Macau and Mainland China.

Macau Chief Executive Ho Iat Seng stated that once the coronavirus pandemic is controlled, the city government will appeal to China for an increase in the number of cities covered by the IVS.

The gaming industry of Macau employs three quarters of the population and contributes 80% of the state’s taxes from gaming revenues.  Macau saw a decline of 80% in gaming revenues for March and 88%  in February when temporary suspension of casino operations was implemented.

As part of our latest series Affiliate Grand Slam section, affiliates sit down with Sigma News for exclusive interviews offering unique insights and personal knowledge about the industry. From questions about qualities and skills essential in an affiliate team to challenges in managing relationships with multiple operators, SiGMA News has got you covered! Follow their stories here.