PAGCOR employees to report back to work

Philippine Amusement and Gaming Corporation Chairwoman and CEO Andrea D. Domingo called on its employees to report to work for areas under the Modified General Community Quarantine (MGCQ) in accordance with their respective work schedules. 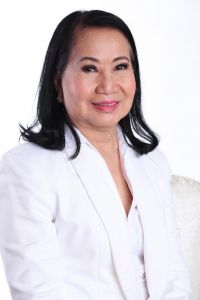 Andrea D. Domingo called its employees to report to work.

In a memorandum circulated for its employees, Domingo highlighted the guidelines for areas placed under (MGCQ) which states:

“Work at government offices may be at full operational capacity, or under such alternative work arrangements as agencies may deem appropriate in accordance with the relevant rules and regulations issued by the Civil service commission”

The memo also warned employees that failure to do so shall mean being marked absent, and shall be dealt with in accordance to PAGCOR personnel policy.

Per PAGCOR official website, there are eight PAGCOR operated casino branches with thirty-three satellite branches situated at the country’s prime tourist destinations. The bulk of the satellite branches are located in Metro Manila which is currently under the General Community Quarantine status (GCQ).

One of the largest PAGCOR casinos is located in the tourist island of Cebu, south of Metro Manila, still on GCQ status, while Bacolod City, hosting a PAGCOR casino branch and located in the neighboring island of Negros, has been downgraded to the Modified General Community Quarantine status.

However, the regulator has yet to formally make an announcement regarding the reopening for any of its branches even those under the MGCQ status.

On the 1st of June, the Philippine government announced that the whole of Metro Manila with some other areas in the country, to be placed under the GCQ status, with continuous monitoring and assessment of the COVID-19 situation, while some provinces and cities in the country are already under the MGCQ status as of today.

Earlier, PAGCOR revealed that the agency is seeking for approval from the Inter-Agency Task Force (IATF) for COVID-19 to allow resumption of operations for PAGCOR operated and licensed casinos including the integrated resorts. The appeal came with clear and strict guidelines to be followed by all casino operators which includes wearing of face masks, strict implementation of social distancing and limiting the gaming capacity to only fifty percent from normal gaming activity.