Philippines gaming regulator PAGCOR has announced the suspension of all casino gaming operations in Metro Manila, effective immediately to prevent the further spread of the COVID-19 in the country. 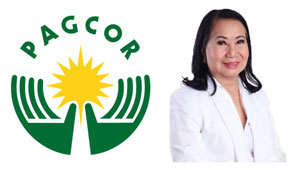 The suspension doesn’t apply to the POGO (Philippine Offshore Gaming Operators) industry, however PAGCOR said that only a minimum number of workers will be allowed in their workplaces.  Latest available government data show that POGO service providers have about 108,914 employees. PAGCOR added that “The rest of POGO workers will be restricted to their respective living quarters where they will observe social distancing and quarantine protocols.”

On its Facebook page, it announced ‘PAGCOR believes in the seriousness of the COVID-19 situation. Hence, it supports the government’s extreme effort in containing the virus. For its part, the state-run gaming agency has decided to prohibit public gatherings in its gaming venues and in the licensed gaming properties that it regulates.’

PAGCOR said it would maintain a skeletal workforce to ensure that the POGOs would continue to function because of the income they produce. The regulator recently reported income from POGOs in 2019 of Php5.74 billion and tax revenue collection of Php6.42 billion.

Operations of PAGCOR properties will also be suspended in areas outside Metro Manila if the local government declares a community quarantine.