The online poker traffic has surged globally resulting in a spike in March revenue for New Jersey, Nevada, Delaware, and Pennsylvania poker websites. This whilst the live poker market in the United States ground to a halt due to the measures taken in light of the COVID-19 pandemic.

New Jersey’s online gaming market generated its highest numbers with $3.6 million revenue – 90.9% increase year on year – in the month of March, according to figures reported by the New Jersey division for gaming enforcement. Prior to this, the best month for online poker in New Jersey was in January 2014, where it generated a total of $3.4 million in revenue. 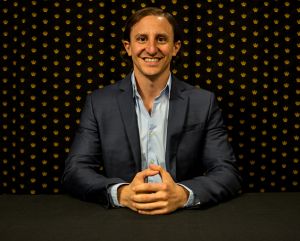 According to the American Gaming Association, 987 of the US’s 989 casinos were closed by early April to combat the spread of the coronavirus. The spike in revenue and activity in the online gambling market is undoubtedly linked to the coronavirus situation and the subsequent lockdown that drove the poker fans to the online tables.

According to Donnie Peters, Managing Editor of online poker news site and forum PocketFives.com, the stream of online players are mostly composed of new amateur poker players. While the number of players increases, so does the pot, making it easier for the professionals to win and increase profits.

The online poker tournament by GGPoker – 3,662 players have registered beating its $500,000 guarantee pot for the first time on Sunday. The launch of the WSOP.com Super Circuit Series increased its prize money from $1.24m to $4m due to the sky-scraping turnout of players.

“What this means is that not only are those who make their income from poker able to do so more efficiently because they’re playing against a larger population of weaker competition, but the money that can be won from online poker tournaments has grown. In short, professionals are able to win more money more often,’ Peters explained.

Recently, betting on eSports has seen an uptick in traffic. We spoke with Ebbe Groes, Group CEO of EveryMatrix for a more in-depth perspective! From interesting people, to up to date takes on the different happenings in the world, SiGMA TV has got you covered! Follow the news here.