This 5×3 slot rewards players for engagement with a unique momentum-building free spins progressive feature that builds on – before then surpassing – popular titles such as Pirates’ Plenty: The Sunken Treasure and Dragon’s Fire MegaWays. 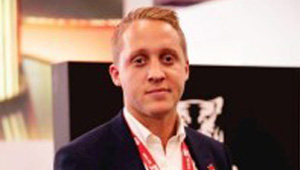 In an exciting twist, the game offers an explosive path to riches with an end-game focused feature set. Additionally, It’s the first title to be built on Red Tiger’s new Pixi.js framework, which greatly enhances the smoothness of the gameplay.

It is also being released in the same end-of-February position ahead of the Cheltenham Festival as Pirates’ Plenty, which remains a critical time for operators in the UK and Ireland.

Carl Ejlertsson, Director of Business Development at Red Tiger, said: “Feature progression has always been extremely popular in slots and many top performers in the market utilise progression concepts. Wings of Ra has a new and explosive twist on feature progression that we believe will have a strong appeal in our core markets.”

“It’s always hard to balance games that have feature sets which are conceptually growing in an exponential manner, but we believe that we really hit the spot here. Players will really love it.”