Tired of an over-saturated European market?

iGaming veteran and Asia brand ambassador for SiGMA group Nick Hill, has all the answers

This interview was published in the Autumn edition 2019 of SiGMA magazine, Issue 9. Read similar articles in the digital edition here.

Nick Hill is a veteran of the iGaming scene and Asia brand ambassador for SiGMA group. Here he writes about how Asia may hold the answers for operators tired of an over-saturated European market.

Something that has started to become more apparent is that Western operators are beginning to look for alternative markets outside of Europe – African and Latin American markets are both on their radar, as is the big jewel in the crown – Asia, which has become a much more sophisticated market of late.

Increasingly, operators are finding their revenues starting to flat line in the over-regulated, over-taxed and over-compliant markets of Europe. The added operational expenditure due to compliance requirements, coupled with over-taxation and overzealous regulation is stifling business. UK, Denmark, Sweden – all these newly regulated markets are literally strangling the operators, so it’s little surprise they’ve turned towards the fresh, new opportunities other emerging markets can offer them.

These companies are now looking to add additional incomes to their revenue stream so that they can appease their shareholders. What we have to bear in mind is that a lot of operators have had exponential growth for the last 20 years and that has suddenly declined to single digit growth. 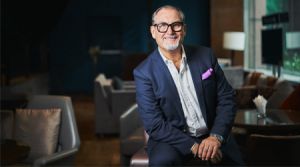 Whether they’re publicly quoted or privately owned they’re starting to look at these alternative markets.  Grey market revenue can be problematic however. If you’re regulated by the UKGC, anything over 5% of your gross gaming revenue that’s coming from other territories has to be declared. Grey revenue coming from China or South East Asia is not something you want to have blackening your books and they need to set up certain vehicles like corporate structures that enable them to shield the main company from the visibility of accepting grey and black market revenues.

Part of the reason that SiGMA Group has ventured into Asia is because they’ve recognised that this is a trend that is starting to ripple across markets in Europe and as they become more saturated, will likely play a huge role in defining what lies ahead for operators navigating this complex industry. This is something companies must face – and soon, if they hope to carve out a stable future for themselves.

Many European companies make the mistake of thinking they can come over and boiler plate what they’ve been doing in Europe, that they can replicate the model they’ve been working with in regulated markets and still find success. The reality is that that isn’t what is going to happen because the market is totally different, from payment processing to AML and KYC policies; Asia is a totally different beast.

Because it’s not a regulated market you don’t have these policies in place, it’s a different way of engaging with players, so the European operator has to be ready to embrace and work with partners they identify here – they need to be able to work with the people on the ground who understand the market – the Asian operators, providers, and consultancies who ultimately will enable them to penetrate the market successfully.

Everything to play for

South Asian players are all about trust – it is crucial they are able to trust that content. And because they are highly superstitious – anything that is technology-based and not physical-based is going to cause trust issues. If they feel something is rigged, by any stretch of the imagination, they won’t play that game.

Take Baccarat – king of the tables in Asia and a very simple game. Western providers may have mastered the game, but have they mastered how to penetrate the Asian market, do they focus enough attention on it? Probably not, but with changing demographics they may not need to.

Here in Asia you’ve got two types of players: the first is the older, more superstitious type of payer who tends to be a cash or credit player. These historical, agent-managed traditional networks have ruled the roost for the last 20 years but are now slowly dying off because of the advent of the smart phone and because the population is aging.

The younger, more millennial generation are coming in and embracing the tech, hence why slot content has

suddenly taken off in Asia. It’s not just the pure domain of sports betting and live dealers, which it was up until about 5 years ago. The younger player, who is not so superstitious, who is upwardly mobile, who has a disposable income and isn’t scared of digital payments, is growing and will soon over take the more traditional players. The Western operators can then come in and start to focus more on this new demographic of gambler.

For companies who do make the move from west to east and east to west, making use of external services, such as those specialising in consultancy for businesses operating in new markets, will be crucial for ensuring a smooth transition and pain-free ride as they cross that bridge.