On Tuesday 11 February 2020, the chief executive and chair of the Gambling Commission, Neil McArthur and UKGC chairman, Dr Bill Moyes defended the Commission’s current national strategy after facing 2 hours of intensive questioning from the House of Lords Select Committee on the Social and Economic Impact of the Gambling Industry. 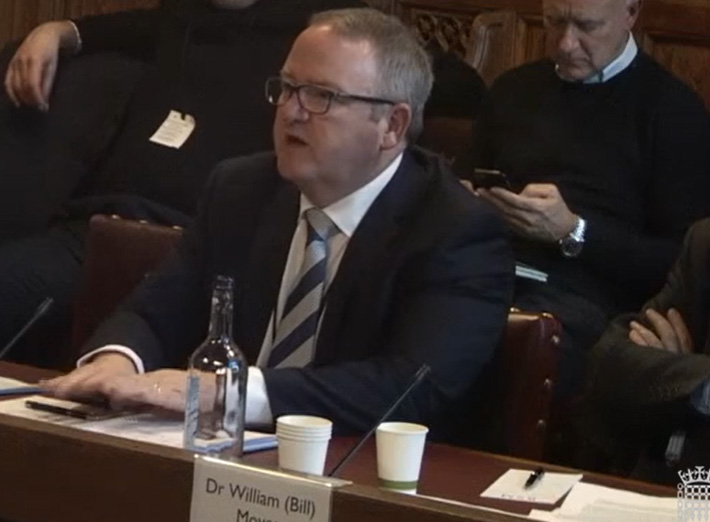 Chief executive and chair of the Gambling Commission, Neil McArthur.

The evidence session, which was led by Lord Michael Grade is part of a year-long investigation into the UK gambling industry and sought to probe the UKGC on the economic and social impacts of the industry.

Lord Grade initiated proceedings by questioning whether the rapid expansion of the sector and ‘online boom’ had rendered the Blair era Gambling Act ‘an anachronism in the way the market has developed.’

Dr Bill Moyes responded by arguing that while there are certainly deficiencies, the ‘legislation and objectives for regulations set out in the act are still broadly relevant’ in ensuring that gambling is ‘fair and safe, that vulnerable people are protected and that it stops crime from getting a hold on gambing.’

“Mostly we find that the legislation facilitates what we want to do. The question of whether the government is right to promote gambling or not is more a matter of public policy than regulation or legislation.”

“The 2005 act changed the mindset around gambling from something to be tolerated to a more permissive regime, since then the biggest change is a technology and consumer behaviour change. Year-on-year gross gambling yield as a measure in premises/destination based gambling is broadly stable. Society and lottery play is broadly stable with a slight increase – growth is primarily online,” said Neil McArthur. 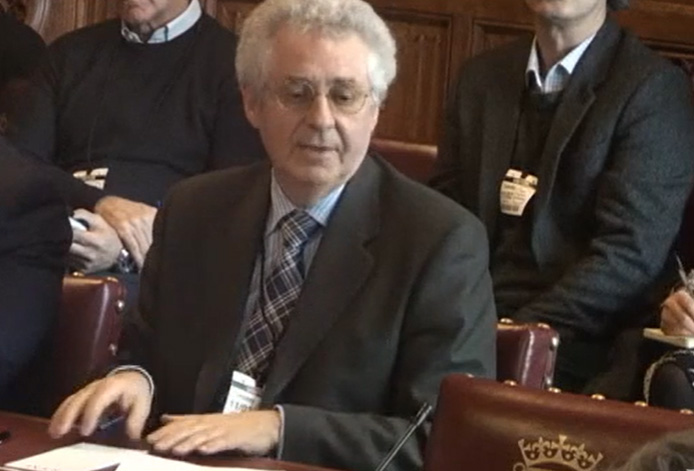 McArthur also emphasised that his team are constantly seeking to address the balance in accommodating consumer choice while tackling the ‘significant problem’ of gambling-related harm.

“We’re constantly balancing the consumer choice on one hand (24 million gamble in the UK) and the fact that gambling related harm is a significant problem for a large number of people (more than 340 thousand are problem gamblers and more than a million and half are at risk).

“We’re constantly looking at the need to keep up with development… there are some areas we can see the need for the regulations to keep up, it was part of the reason why the legislation was changed in 2014 to make all online operators be licensed by the gambling commission – precisely because we could see emerging risks that we were not able to address at the time, which we can now. There’s always more to be done, we’re constantly reviewing our approach to make sure we’re doing everything we can to address the risks.”

In response Lord Grade also questioned whether the Commission had been reactive enough in dealing with problem gambling, especially against a backdrop of heightened media scrutiny, saying “there has been a lot of publicity recently for hard cases, why didn’t you do that before if the problem existed a few years ago, why haven’t you acted sooner? Highlighting credit card wagering concerns brought-up by the BBC Panorama documentary on problem gambling, he questioned whether the lack of action stemmed as a consequence of policy limitations.

Since its implementation, the ‘three strands’ have guided the National Strategy in tougher enforcement, collaboration and innovation. McArthur and Dr Moyes are of the same mind that the National Strategy has changed industry mindsets at a ‘boardroom level’, with new leadership dedicated to changing corporate cultures on tackling gambling harms.

Neil Mc Arthur followed by saying that while he understood the criticism, ‘the [National] Strategy has been a much tougher approach to compliance and enforcement. This was deliberate in changing the behaviour of operators since we had seen too many instances of failures being repeated.

“The tone at the top is very much one of operators wanting to minimise gambling related harm and the issue for me is how to change that tone at the top into tangible outcomes for the benefit of consumers. They’ve had the wake up call. Free up the resources and channel them to areas that will have the biggest impact.”

McArthur proceeded to lay out the gambling commission’s corporate strategy and vision for making gambling safer for consumers, saying they had been systematically working through the priorities set:

“What we’ve done in the last 2 years is accelerate our work – we know our consumers are moving online, to play on mobile, the way they’re playing is changing. Perhaps we were too patient for too long.”

Dr Moyes also highlighted the considerable pressures being faced by the commission, saying that their ‘ability to flex their resources quickly does not exist. We would like to have better resources and a resourcing system that is much more flexible so that as new problems arise we can move faster.’

“At the moment the Gambling Commission’s income to regulate gambling comes almost entirely from license fees paid by operators. Changes require certain legislation which is not the most flexible process.” said Neil McArthur.

Lord Grade was quick to reassure them on this point, asking them to ‘write to us’, saying:

“It’s terribly important you have the resources to carry out the responsibilities parliament lays on you.”

McArthur and Moyes were also probed on whether the commission had the necessary skills to deal with the ‘very clever software writers and algorithm creators’ – with emphasis on whether the legislation could ensure that ‘good changes that happen now are sustained through the next generation of leaders through the industry.’

McArthur reiterated that the gambling commission has the power to compel them [operators] to share their knowledge and expertise. We’ve established a digital advisory panel, which includes industry experts from the tech sphere, we also have the advisory board for safer gambling who bring expertise.

“Personal accountability is key. If you don’t believe you can make progress in relation to gambling related harm you need to leave the industry – and we will make that happen.”

He continued: “The evidence is not good. During my time a number of serious licence breaches have involved staff encouraging so-called VIP gamblers to gamble when they had self-excluded.

“So, we think that increasingly our enforcement activity will have to consider not just the company, but also the behaviour of key individuals, particularly those who currently hold personal licences or who might be required to hold licences in the future. Perhaps the threat of exclusion of specific individuals from the industry will have a greater impact than fining the company.”

“We are in favour of in certain circumstances removing the license of certain senior individuals” added Dr Moyes.

SiGMA News will continue to follow the outcome of the investigation, so stay tuned for further industry updates.