What makes the Philippines great for the iGaming industry?

Philippine consul to Malta, Roger A. Strickland Jr, in an exclusive interview

This interview was published in the Autumn edition 2019 of SiGMA magazine, Issue 9. Read similar articles in the digital edition here.

In 2020 SiGMA group will launch SiGMA Manila and the Manila AI and Blockchain Summit following the opening of an office in the region. Philippine Consul to Malta, Roger A. Strickland Jr, A.H sheds some light on why the Philippines makes for a great place to do business.

The Philippine Consulate in Malta aims to strengthen relationships between Malta and the Philippines, why is this so important? 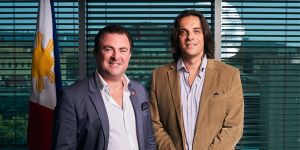 SiGMA Group will be launching SiGMA Manila in June 2020.

As a full member of the European Union and a gateway to both the EU and North Africa, Malta has always played an important role in international relations with both its neighbours but also countries outside the Mediterranean basin. Malta’s recent booming economy and the requirement for more skilled and unskilled workers has seen a large portion of workers coming from the Republic of the Philippines. Recent figures show about 5000 Filipinos gainfully working on the island, making this the largest non-EU population on the island. As Honorary Consul to the Philippines on the Island, I firmly believe that Filipinos have a lot to offer to local Maltese companies and their work ethics as well as fluent English are just two traits amongst many others that make such employment attractive. The strengthening of relations between both countries is of utmost importance as I firmly believe that the Philippines also has a lot to offer. The Consulate has made every endeavour to promote the Philippines as not only a place to do business with but also a place to visit on holiday. Over the past few years various meetings have taken place between the Consulate and the Philippine Chamber of Commerce and Industry, the Chamber of Commerce of the Philippine Islands and lastly the Federation of Filipino Chinese Chambers of Commerce & Industry.

What kind of support does the consulate offer to businesses?

Apart from providing a variety of consular services and assistance to Filipino nationals, we have also assisted many Maltese in obtaining travel VISAS for personal and business travel to the Philippines. The Consulate is open to assisting Malta companies in sourcing opportunities in the Philippines and playing a key role of providing the correct information and introducing the appropriate government channels.

What was the driving force behind the Philippine Consulate in Malta’s decision to support SiGMA group’s endeavours in Manila?

The Philippine Consulate in Malta seeks to promote the Philippines as a business and holiday destination with the end view to strengthen relationships between Malta and the Philippines. With this in mind the Consulate aims to engender opportunities for Maltese-registered companies to exhibit at the SiGMA shows in Manila and to foster a connection with Philippine companies as well as build-up the event in the coming months.

What are some of the benefits the Philippines has to offer companies, especially those in tech and iGaming sectors?

The Government of the Republic of the Philippines has been setting the relevant groundwork for this boom since 2015. With various initiatives such as Slingshot developed by the Department of Trade and Industry, this would be the first governmentinitiated platform that would bring together key stakeholders to advance in the start-up community. As the Philippines embraces the global digital revolution and encourages more businesses to scale up, DTI has partnered with several government agencies and the private sector in developing strategies and interventions that will enable a new breed of businesses. Slingshot MNL served as the first government-initiated platform in the Philippines that gathered industry stakeholders from both government and the private sector during the Philippines hosting of the Asia-Pacific Economic Community (APEC) Summit in 2015. It inspired and energised support for the growing start-up community in the Philippines and brought stories straight from innovation hubs, experts, and game-changers in the Asia Pacific Rim. After its conduct in 2015, dialogues were held between relevant stakeholders aimed to launch a new breed of businesses in new verticals like agriculture, biotechnology, electronics and digital start-ups.

During the second staging in April 2016, DTI stood with a clearer mandate to listen, understand, and support key players in the Philippine start-up ecosystem. It provided support and inputs for the development of an action agenda that will further the start-up and innovation ecosystem in the Philippines. With the tremendous support from the community, efforts made gave birth to DTI’s Startup Ecosystem Development Program (SEDP) which aims to increase both the number of registered business start-ups annually and the percentage of start-up survival and success rate in the country. Another milestone is the successful establishment of QBO Innovation Hub, a pioneering public-private effort between the DTI, Ideaspace Foundation, the Department of Science and Technology (DOST) and J.P. Morgan. QBO helps in the development, growth, and scaling of the start-up ecosystem in the Philippines. It is currently situated at the DTI International Building in Makati City to provide support services to start-up entrepreneurs. Slated on 20 October 2017, SlingShot ASEAN will bring together young minds with big ideas, innovators in constant pursuit of new solutions, supportive investors and venture capitalists, and policymakers from across ASEAN that are driven by the vision of a thriving innovation economy. (Courtesy of the Department of Trade & Industry)

Why do you think the Asian markets are seeing such strong interest from investors at the moment? 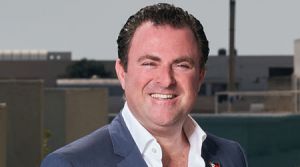 The business case of doing business with the Asian markets, specifically the Philippines, are varied and wide. However, the main competitive advantages that investors have when looking at the Philippines for an investment are the following: The Filipino workforce itself is an advantage that the Philippines has over any other Asian country. The literacy rate stands at 94.6% – among the highest. English is the preferred language of business and commerce, making the Philippines the world’s third-largest English-speaking country. The Philippines is also located right at the heart of East Asia and is within four hours flying time of the major capitals in the region. Straddling the crossroads of the eastern and western business world, the Philippines can serve either as a critical entry point to the over 500 million people in the ASEAN Free Trade Area market or as a manufacturing platform to access the powerhouse economies of East Asia, namely China, Japan, and Korea.

The Philippines is an open economy allowing 100% foreign ownership in almost all sectors and supports a Build-Operate-Transfer (BOT) investment scheme. Government corporations are being privatised and the banking, insurance, shipping, telecommunications, and power industries have been de-regulated. Incentive packages include reduced corporate income tax rates and even tax exemptions and tax and duty-free importation of specific equipment and materials. Amongst the softer advantages the Philippines offers a first class lifestyle for expats – sun, sea, sand, and the company of the warmest people in the region. Filipinos are known for their openness to all cultures and their decidedly global outlook.

As the Southeast Asian economies integrate within the vast framework of the ASEAN Free Trade Agreement, or AFTA, the Philippines is the natural and most strategic location for firms that want access to the large ASEAN market of 500 million people and the highly viable trade opportunities that it has to offer. The Philippines has enhanced and primed up various areas for investors and offers a dynamic and technology savvy consumer market of 96 million Filipinos accustomed to an array of product choices created by a highly competitive domestic economy. As the second-largest archipelago in the world, the Philippines offer such natural bounty from land to marine to mineral resources. The Philippines is perhaps the best place in the world to mix business with pleasure.

Well-developed communication, transportation, business and economic infrastructure link the three major island groups and facilitate business growth and competitiveness. Highly accessible by air, water, and cyberspace, liberalisation of inter-island shipping and domestic aviation has further sparked improvements in facilities and services. Economic reforms emphasise regional growth, converting remote areas into business centres. The landmark BOT legislation allows private investors to engage in turnkey projects, building the required infrastructure and managing its use before turning it over to the Philippine government after a set period of time. (Courtesy of the Ministry of Foreign Affairs)

Now is the time for the Philippines to shine.

About SiGMA Expo:
The iGaming summit SiGMA is setting its sights on Asia. Our ground breaking Asian iGaming expo will be held in Manila, on the 8th & 9th of June 2020. SiGMA’s largest venue to date will bring together high quality conferences and content, premium networking opportunities, and luxury networking event. 10,000 delegates from across Europe, the US, and Asia are expected to attend, making this one of the biggest shows to unite East and West in the region. To become a part of the fastest paced Asian iGaming event, book a pass or sponsor & exhibit.