Yggdrasil, the innovative online gaming solutions provider, has further strengthened its partnership with Betsson Group by extending its content distribution deal to the Betsafe brand in Lithuania for an exclusive six month period.

Betsson’s Lithuania brand will have access to Yggdrasil’s extensive content portfolio from the beginning of April. This will include Temple Stacks, the supplier’s first game featuring its new Splitz mechanics which offers unparalleled win potential, fan favourites such as the Vikings trilogy as well as forthcoming titles Multifly, a game for players who love to multiply their wins.

The Betsafe brand will also be able to offer its customers Yggdrasil’s second Splitz game, Neon Rush, launched in April, where players can receive up to 15 Splitz of a kind and stand a chance to win big on every spin across six jackpots.

In addition Betsson will gain access to Yggdrasil’s range of proprietary in-game promotional tools, BOOST, to drive player engagement and retention in the country.

The operator first entered Lithuania in 2016 when the online market was regulated and operates betsafe.lt in the country.

Betsson was one of Yggdrasil’s first customers after signing a partnership in 2014 which has since been extended to cover multiple jurisdictions including Denmark, Italy, Latvia and Spain.

Yggdrasil has increased its regulated market presence across several key markets in recent years and strengthens this position further by extending the deal with Betsson in Lithuania. 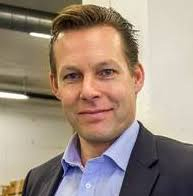 Patrick Nordwall, Head of Nordics at Yggdrasil, said: “Betsson is one of our key customers and we are thrilled to extend our long-lasting partnership and partner with them in a new market.

“We continue to implement our growth strategy in regulated markets, and we are looking forward to offering our games to local players in Lithuania, especially titles featuring our new mechanics Splitz and upcoming Gigablox.”

Ciara Nic Liam, Product Director at Betsson Group, said: “Yggdrasil’s games have been very popular among our customers across all markets since day one of our partnership and we know Lithuania will be no different.

“Their ever-growing portfolio of innovative and engaging games will be a great addition to our existing offering.”